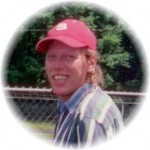 Born August 9, 1965 in Louisa, KY, Jerry was the son of Ruby F. Spurlock Marcum of South Wiulliamson and the late Hayes Fleming.

In addition to his father, he was preceded in death by brothers, Doug, Gary, Ed and Hayes R. Fleming; sisters, Faye Fleming and Evelyn Brunny.

William Jason Perry 33, of Kermit, WV; passed away on Monday, October 17, 2011 at 12 Pole Creek, due to injuries sustained in an automobile accident. He was born on October 14, 1978 in Logan, WV; he was a son of Albert Perry of Dunlow, WV and Peggy S. Perry of Kermit, WV. He worked for a construction company in Cleveland, OH.

William is survived by his parents and step-mother, Minerva Perry of Dunlow, WV as well as a fiance; Jennifer Legg of Cleveland, OH as well as a daughter, Samantha Marcum of Lenore, WV; brothers; Clayton Perry and Norman Perry both of Breeden, WV, and sisters; Tessa Perry of Breeden, WV, Rosella Whitt of Marrowbone, WV, and Alma Jean Marcum of Kermit, WV. Jason is also survived by his 2 step-sisters, Crystal Gillman of Kermit, WV and Trina Baoha of Wayne County, WV. He will be sadly missed by his family, friends, and all who knew him.

William’s funeral services will be conducted on Thursday, October 20, 2011 at 1:00pm at the Zion Church of Breeden, WV with Phillip Stroud officiating. Burial will follow in the General Perry Cemetery of Breeden, WV and visitation will be after 2pm on Wednesday at the church. Richmond-Callaham Funeral Home of Inez, KY is caring for the arrangements of William Jason Perry.

Lucy Newsome, 90, of Kermit, WV entered into rest on October 20, 2011. Lucy entered into life July 28, 1921. She was a hardworking, devoted mother, grandmother and friend to many. Lucy was a faithful member of the Warfield Church of God in Warfield, KY. She was the daughter of the late Jim and Florence Rose of Kermit, WV.

Funeral services will be held at 1pm Sunday, October 23, 2011 at The Warfield Church of God in Warfield, KY with Bro. Kenny Gore officiating. Burial will follow at Newsome Ridge Cemetery, Naugatuck, WV with grandsons serving as pallbearers. Visitation will be held on October 21 and 22 starting at 4pm with Bro. Robbie May and Bro Charles Conley speaking and special singing. Arrangements are under the direction of the Richmond-Callaham Funeral Home, Inez, KY. 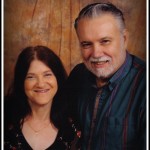 James Muncy, 65 of Paintsville, passed away Friday, October 21, 2011 at Paul B. Hall Medical Center. Born July 3, 1946 in Martin County, he was the son of Rosa Fields Muncy and the late William Muncy. In addition to his mother, he is survived by his wife, Mary Elizabeth Block Muncy; four sons, Jim Ed (Sharon) Muncy, Curtis Muncy, James Allen (Polly) Muncy and Andrew Muncy; six brothers, Richard, Clyde and Matthew Muncy all of Kermit, Cecil Muncy of Paintsville, Julius Muncy of Columbus and Earley Muncy of Louisa; five sisters, Hazel Marcum and Nora Endicott of Kermit, Martha Maynard and Phyllis Smith both of Inez and Mary Horn of Kermit; and two grandchildren.

Funeral services will be 11AM Monday, October 24, 2011 in the chapel of the Phelps & Son Funeral Home with burial to follow in the Spaulding Family Cemetery on Jennies Creek, Kermit. Phillip Stroud and Billy Messer will officiate. Friends may visit the funeral home from 5-10PM Saturday and from 4-10PM on Sunday. Arrangements are by the Phelps & Son Funeral Home, Inez.