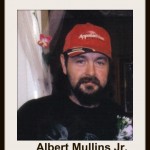 Betty Jane Jarvis Howell age 59 of Columbus, Ohio  passed away  Thursday at her home. She was the daughter of the late Clarence and Irene Kitchen besides her parents preceding her in death is one brother George Kitchen. Betty was survived by her husband Buddy Howell, a son Kevin Jarvis, daughter Margie Renee Jarvis of Columbus OH, two Brothers Tommy (Diana) Kitchen Naugatuck W.V., Rudy (Rosie) Kitchen of West Jefferson OH., a sister Linda (Ronnie) Hall of Lenore W.V. and three grandchildren 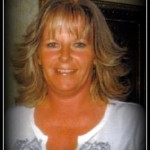 Eula Jean Romans, age 47 of Crum, passed away Sunday, September 4, 2011 in Huntington.  Born January 27, 1964 in Delbarton, she was the daughter of Clara Murphy Haskens and step mother, Lula Hall and the late Elmer Hall.  In addition to her mother and step mother, she is survived by her husband, Paul Romans; two sons, Thomas Mulchay of Ft. Bragg, NC and Matthew Fredrick of Cedar bluff, VA; one daughter, Amber Colyer of Crum; four brothers, Bart Hall Collinsville, VA, Jimmy Curry of Richmond, VA, Sam Hall of Florida and Robert Meade of West Virginia; six sisters, Toni Murphy and Martha Hall both of Florida, Betty Bowens and Nora Helton both of Ohio, Shirley Curry of California and Fannie Hall of Virginia; and one grandchild.  In addition to her father, she is preceded in death by a brother, Dusty and a sister, Loretta.

Funeral services will be 11AM Saturday, September 10, 2011 at the Welcome Home Church with burial to follow in Williams Cemetery at Marrowbone.  Friends may visit the church after 5PM Friday.  Daniels Perry will officiate.  Arrangements are by the Phelps & Son Funeral Home, Inez. 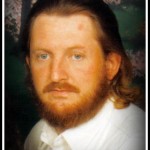 Funeral services will be 12PM Friday, Sptember 9, 2011 at the Vineyard United Baptist Church with burial to follow in the Maynard Family Cemetery at Inez.  Friends may visit the church after 5PM Wednesday, all day Thursday and until the time of service on Friday.  Dave Bowen and Richard (Doc) Maynard will officiate.  Arrangements are by the Phelps & Son Funeral Home, Inez. 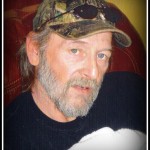 Howard Maynard, Jr. age 50 of Kermit, passed away Tuesday, September 6, 2011 at his home.  Born February 8, 1961 in Martin County, he was the son of Howard Maynard of Pilgrim and the late Claudene Preece Maynard and step mother, Louise Justice.  In addition to his father, he is survived by his wife, Mary Baisden Maynard; two sons, Howard Bradley Pack of Texas and Howard Edward Baisden of Kermit; one daughter, Leanna (Ronnie)  Richardson of Kermit; four brothers, Clifford Maynard of Inez, Johnny Maynard and Claude Jude both of Pilgrim and Ralph Maynard of Pilgrim; five sisters, Diana Jude of Pilgrim, Lisa Hall of East Berlin, PA, Teresa Muncy of Crum, Joyce Pauley of Pilgrim, and Patricia Robinson of South Portsmouth; and a host of nieces and nephews.  He is preceded in death by his sister, Marlene Allen and niece, Cheryl Pauley.

Funeral services will be 1PM Friday, September 9, 2011 at the Old Jennies Creek United Baptist Church with burial to follow in  Mt. Memory Cemetery on Jenny’s Creek, WV..  Friends may visit the church after 5PM Wednesday, all day Thursday and until the time of service on Friday.  Russell Messer will officiate.  Arrangements are by the Phelps & Son Funeral Home, Inez.

William Goodwin  67, of Tomahawk, Ky. Formerly of Ind. born  to the late George Goodwin and Birth mother, Bertha Vinson and adopted mother, Mildred Sanders Goodwin.  He passed away on Tuesday, September 6, 2011 at his residence. 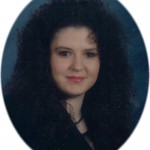 Peggy Lee Moore Copley 34, of West Virginia formerly of Pilgrim, KY; passed away on Friday, September 2, 2011 in Logan, WV. She was born on September 20, 1976 in Williamson, WV; she was a daughter of Wilman Moore of Pilgrim, KY and Janice Maynard of Lovely, KY. She was a homemaker.

Funeral services will be conducted on Thursday, September 8, 2011 at 2:00pm at the Sidney Old Regular Baptist Church.  Burial will follow in the Maynard Cemetery on Dans Branch Road, Pilgrim, Ky.  Visitation will be after 6pm Wednesday at the church.  Arrangements are under the direction of the Richmond-Callaham Funeral Home, Inez, Ky.