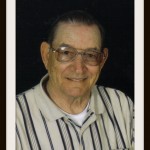 Services will be held 1PM Tuesday at the Neely Branch United Baptist Church at Marrowbone, WV, with burial to follow in the Newsome Ridge Cemetery. Russell Ball and Sonny Diamond will officiate. Friends may visit the church after 5PM Sunday, all day Monday and until time of service Tuesday. Arrangements are by the Phelps and Son Funeral Home of Inez. 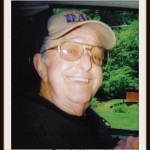 Gary Lee Howard, age 70, of Debord KY., went home to be with the Lord on Friday Sept. 23, 2011 at King’s Daughters Medical Center in Ashalnd, KY. As a master carpenter, Gary built the home that he and his wife of nearly fifty years, Cynthia, enjoyed at Debord. Now Gary is enjoying the home that Jesus has prepared if we serve Him.

John 14: 1 – 3; Let not your heart be troubled: ye believe in God, believe also in me. In my Father’s house are many mansions: if it were not so, I would have told you. I go to prepare a place for you. And if I go and prepare a place for you, I will come again, and receive you unto myself; that where I am, there ye may be also

A celebration of life will be held 1:00pm Monday, Sept. 26, 2011 at Freedom Freewill Baptist Church in Debord KY., where Gary helped build and was a Deacon. Visitation will be held Sunday, Sept. 25, 2011 at Phelps and Sons Funeral Home, Inez KY. The family will receive friends at 5:00pm until 10:00pm.

Margaret Ann Robinson Maynard, age 57 of Milo, passed away Friday, September 23, 2011 at her home. She is preceded in death by her father Richard Robinson; husband Larry Maynard and a daughter Tracy Maynard. Surviving: her mother, Elizabeth Williamson Riley of West Virginia;  two daughters, Kimberly and Kenna Maynard both of Martin County; two brothers, Frank Robinson of Ohio and Curtis Robinson of Maine; two sisters, Patricia Robinson of New York and Mildred Casto of West Virginia; one granddaughter Kelsey Maynard and one grandson Rory Prater; and several nieces and nephews..

A Grave Side service will be held 1:00PM Wednesday, September 28, 2011 at the Webb Cemetery at Milo. There will be no public visitation. 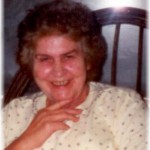 Helen Whitt Meade 76 of Marrowbone, WV; went home to be with the Lord on Friday, September 30, 2011 at her home. She was born on March 21, 1935 in Mingo Co., WV; she was a daughter of the late Bill and Ersie Newsome Whitt. She was preceded in death by husband, William H. Meade Sr. and 2 brothers and 2 sisters. Helen was a homemaker.

Funeral services will be conducted on Tuesday, October 4, 2011 at 12:00pm at the Richmond-Callaham Funeral Home, Warfield Chapel. Burial will follow in the Newsome Ridge Cemetery of Naugatuck, WV. Visitation will be after 6pm Sunday and Monday at the funeral home. Arrangements are under the direction of the Richmond-Callaham Funeral Home, Inez, KY.

Danny Bruce Sartin 62, of Stepptown, WV; passed away on Friday, September 30, 2011 at his home. He was born on Dec. 9, 1948 in Wayne Co., WV; he was a son of the late Cebert and Irene Stepp Sartin. He was formerly employed by Norfolk & Southern Railroad Company and was affiliated with the Riverview United Baptist Church. He was preceded in death by a sister, Elenor Copley.

Bruce is survived by his wife; Mary Rose Sartin of Warfield, KY as well as 2 sons; Shayde Sartin of San Francisco, California and Dural Sartin of Ohio as well as 2 daughters, Danielle (Mitchell) Parsley of Lovely, KY and Sara (Robert) Howell of Inez, KY and 1 grandchild. Bruce also leaves behind his 2 brothers, Roger (Sheila) Sartin of Kermit, WV and Ronnie (Martha) Sartin of New Carlisle, OH and his Long time friend and caregiver; J.R. Sartin of Stepptown, WV.

Memorial services will be conducted at 1:00pm on Tuesday, Oct. 4, 2011 at the Riverview United Baptist Church with Ken Allen officiating. There will be no visitation. He will be cremated by his request. The Richmond-Callaham Funeral Home, Inez, is in charge of the arrangements.

Columbia Collins Vanover Hodge 81, of Rt. 292 Lovely, KY; passed away on Saturday, October 1, 2011 at her home. Graveside services will be conducted on Tuesday, October 4, 2011at the Newsome Ridge Cemetery of Naugatuck, WV. Visitation will be from 12:00pm-2:00pm on Tuesday.

Edna Fletcher 80, of Inez, Ky; passed away on Monday, October 3, 2011 at her home. Funeral services will be conducted on Wednsday, October 5, 2011 at 1:00pm. at the Richmond-Callaham Funeral Home, Inez Chapel with burial to follow in the Dials Cemetery of Inez, KY. Visitation will be after 6pm Tuesday at the funeral home. Full obit will be published on Tuesday.