Linda K. Johnson, age 56 of Wheelwright, passed away Friday, November 4, 2011 at the Hospice Care Center in Ashland. Born November 13, 1954 in Floyd County, she was the daughter of the late Billy and Opal Staton Wright. In addition to her parents, she is preceded in death by her husband, Randall Johnson. Linda is survived by one daughter, Sherry (Doug) Blevins of West Van Lear; one son, Robbie (Mary) Wright of Prestonsburg; two brothers, Tommy (Verdie) Wright of River and Barry Tackett of Richmond; two sisters, Sandy (Todd) Thornsbury of Weeksbury and Janice (Luke) Jones of Wheelwright; and seven grandchildren. Linda worked as a nurses aid for over 23 years.

Funeral services will be 1PM Tuesday, November 8, 2011 at the Wheelwright Freewill Baptist Church with burial to follow in the Wright Family Cemetey at Wheelwright. Louie Ferrari and Ray Grindstaff will officiate. Friends may visit the church after 5PM Sunday and all day Monday. Arrangements are by the Phelps & Son Funeral Home, Paintsville.

Sharon A. Fields, age 53 of Van Lear, passed away Thursday, November 3, 2011 at her home. Born April 15, 1958 in Johnson County, she was the daughter of Corrie Rowland Gwinn of Hager Hill and the late Robert Gwinn. In addition to her father, she is preceded in death by her husband, Ronald Dean Fields. She is survived by her mother, two sons, Shawn Michael (Christina) Gwinn of Paintsville and Ronald Dean (Tabitha) Fields II of Martin, KY; a step daughter, Brenda Fields of Stambaugh; two brothers, Jason Gwinn of Hager Hill and William Joseph Gwinn of Zebulon; two sisters, Carrie (Paul) Fairchild of Paintsville and Linda (Rick) Simpkins of Leon, WV; and ten grandchildren.

Funeral services will be 11AM Saturday, November 5, 2011 at the Van Lear Freewill Baptist Church with burial to follow in the Fields Family Cemetery at Van Lear. Friends may visit the funeral home from 6PM to 9PM Friday and after 10AM Saturday at the church. Thomas Rowland will officiate. In lieu of flowers, memorial contributions can be made to the Phelps & Son Funeral Home by calling (606)789-8989.

Kevin Eugene Baker, age 43 of Inez, passed away Sunday, October 30, 2011 as a result of an automobile accident. Born September 22, 1967 in Johnson County, he was the son of Robert Eugene and Alice Faye {Jennings} Baker of Offutt; his wife, Melissa Williams Baker; one son, Robert Kevin Baker of Inez; one sister, Debra Baker of Offutt; and several aunts and uncles, Juanita and Dover McDowell, Lucille amd Thomas Butcher, Willie and Deanna Jennings, Jason Jennings and Bill Baker. Kevin is preceded in death by a sister, Sheila Baker Wells. He was employed by Alpha Mining in reclamation.

Funeral services will be 11AM Thursday, November 3, 2011 in the chapel of the Phelps & Son Funeral Home with burial to follow in the Baker Family Cemetery at Offutt. Ronnie Spriggs will officiate. Friends may visit the funeral home from 5-10PM Tuesday and from 9AM to 10 PM on Wednesday. Arrangements are by the Phelps & Son Funeral Home, Paintsville. 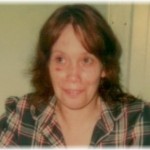 Born July 12, 1941 in Breeden, West Virginia, she was the daughter of the late Robert “Bob” and Hester Spurlock.

In addition to her parents, she is preceded in death by husbands, Hayes Fleming and Jessie Marcum; son, Jerry F. Fleming; and sisters, Lilly Spurlock, and Sylvia Spurlock.

Ruby is survived by sons, Ronald [Connie] Fleming, and Jessie Fleming, both of Kermit, WV, and Roscoe Spurlock of Warfield, KY; daughters Carolyn Fleming of Ohio and Virgie Faye Marcum of Warfield, KY; sisters Opel [Jessie] Perry, Peggy Spurlock,; 16 grandchildren and 6 great- grandchildren; and a host of friends and relatives.

Funeral services will be held at 12:00 PM, Tuesday, Nov. 15, 2011 at the Old Jennings United Baptist Church, Jennings Creek, WV with Freddie Messer and Russell Messer officiating. Burial will follow in the Newsome Cemetery at Naugatuck, WV. 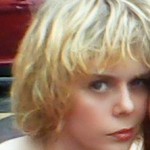 Jessica Marcum Nelson, a daughter given by the Lord to Deborah Dials Marcum Lloyd and Charles Bruce Marcum on June 28, 1982, died at her home in Inez, Kentucky on November 12, 2011 after a battle with cancer.

Today our hearts are sadden by the loss of our dear Jessie but we have comfort in knowing that Jessica was at peace with God and knowing that she was welcomed by a host of family and friends, one in particular, Amanda Dawn Maynard.

Jessica is preceded in death by her maternal grandparents, Herbert and Nora Dial and Paternal Grandparents, Earl and Virginia Marcum.