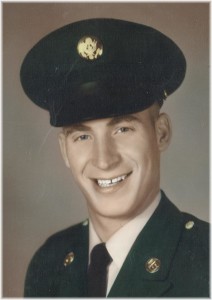 Danny Dale Jarrell 67 of Inez, Kentucky passed away at his home on Sunday July 21st, 2013. He was born on May 5th, 1946 in Martin County to Glenedith Jarrell and the late Henry Jarrell. In addition to his father he is preceded in death by one brother, Hubert Jarrell, half brother, Theodore Brumfield and two infant sisters. Danny is survived by his wife, Carolyn Sue Jarrell, his mother, Glenedith Jarrell of Inez, one daughter, Christine (Tracy) Butcher of Inez, one granddaughter, Macy Butcher, and two brothers, Charles Jarrell of Warfield and Isaac Jarrell of Pilgrim.

Visitation will be held at the Richmond-Callaham Funeral Home in Inez on Tuesday, July 23rd from 6:00pm-9:00pm. Funeral services will also be held at the funeral home on Wednesday, July 24th at 3:00pm with Bobby Moore officiating. Burial will follow at the Golden Shores Memorial Garden in Inez, Kentucky.