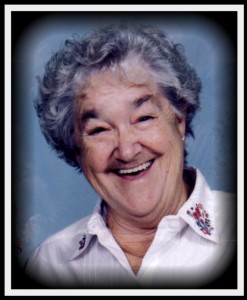 Velvie Preece Maynard, age 87 of Tomahawk, passed away Friday, July 12, 2013 at Highland Regional Medical Center in Prestonsburg. Born March 8, 1926 in McClure, KY, she was the daughter of the late Jasper and Lila (Williamson) Preece. In addition to her parents, she is preceded in death by her husband, Jasper Maynard whom she married November 4, 1946; one son, Steward Maynard; and four grandchildren. Velvie is survived by her sons, Carl Preece of Tomahawk, KY and Carlous Maynard of Thelma, KY; her daughters, Carrie Caudill of Sarasota, Fl, Ruth Tate of Fairview, WV, Eloise Howell of Tomahawk, KY, Arlene Preece of Charley, KY, Dianna Greenhill of Louisville, KY and Linda Stepp of Flatwoods, KY. Also surviving, sixteen grandchildren, twenty six great grandchildren, and one great great grandchild.

Funeral services will be 12pm Sunday, July 14, 2013 in the chapel of the Phelps & Son Funeral Home with burial to follow in the Cassady Cemetery on Coldwater. Jack Jarrell and L.T. Preece will officiate. Friends may visit the funeral home from 6-10pm Friday, from 2-10pm Saturday and one hour prior to the service on Sunday. In lieu of flowers, contributions can be made to the Tomahawk Freewill Baptist Church or Cancer Research by contacting the Phelps & Son Funeral Home, 298-0602.