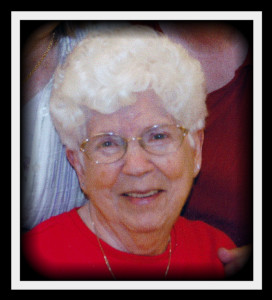 Doris Irene Hayes Mollette, departed this life on August 22, 2013 at the University of Kentucky Medical Center, Lexington, KY. She was born on May 4, 1928 in Paintsville, KY and was the daughter of the late Hobert Hayes and Mary B. Cantrell Hayes. In addition to her parents she is preceded in death by her first husband, Clarence Ray Castle, and her second husband, Melvin Mollette. She is survived by two daughters, Sharon Brown of Richmond, KY, and Marcia Hall of Paintsville, KY; one son, Hobert Ray Castle of Sitka, KY; two brothers, Ronald Hayes of Paintsville, KY, and Charles(Chick) Hayes of Kingsport, TN. Six grandchildren, seven great grandchildren, two great great grandchildren and many other family members and friends also survive. She is preceded in death by three sisters, Madalene Hayes Gullion, Morris Hayes Young, and Edwinna Hayes Ward; one brother, Marion Randall Hayes. She was a long time member of the Liberty Baptist Church at Denver, KY. She was also a long time member of the Pleasant Valley Rebekah Lodge #116. She served many long years as a member of the Johnson County Democrat Womens Club and was a member of the Johnson County Democrat Executive Committee. She was loved by all who knew her and will be greatly missed.