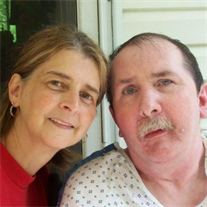 He is also survived by his lifelong best friend, Tim Marcum, who was like his brother. He was known as “Papaw” to Austin, Jacob, and Bernagin. He was an avid hunter and a disabled coal miner.

Funeral service will be held at the Neely Branch Church on Marrowbone Creek, Kermit West Virginia on Thursday, August 10, 2017, at 12:00 pm with Ken Allen officiating. Burial will follow at the Stepp-James Cemetery. Friends may visit at the church on Wednesday, August 9, 2017, after 6:00 pm. Arrangements are under the direction of the Callaham Funeral Home, Inez, Kentucky.