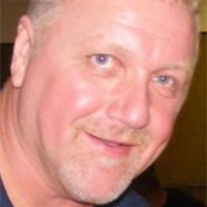 Timothy Dale Preece age 52, of Kermit, West Virginia passed away on Wednesday, August 9, 2017 at Marrowbone Creek, West Virginia. Born on February 7, 1965, in Williamson, West Virginia to the late Wilburn Thomas and Mary Virginia Castle Preece. In addition to his parents and grandparents, he is preceded in death by brothers, William, James and Steven Preece and nephew, Jason Kominar.

Tim was a graduate of Kermit High School, a former employee of Lee Sartin Trucking and a 40 year member of the Kermit Volunteer Fire Department, serving as Assistant Fire Chief at the time of his death. He also was a Certified Master Diver, having participated in numerous search and rescue missions.

A proud Papaw, to Caitlin, Carissa, Cassidy and Chance Grace and was excited for the arrival of Baby Boy Preece in December 2017.

Serving as pallbearers are his nephews, Odell, Eric, Cary, Channing, Derek, Chase, Davey, Braxton and Bryson and his son in law, Dwayne Grace. Honorary pallbearers will be his “Firefighter Brothers”, members of the Kermit Volunteer Fire Department.

Arrangements are under the direction of the Callaham Funeral Home, Inez, Kentucky.