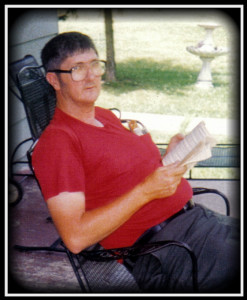 Paul Richard Dials, age 68 of Inez, passed away Friday, August 2, 2013 at his home. Born July 17, 1945 in Martin County to the late Vernal and Kizzie Fletcher Dials. In addition to his parents he is preceded in death by one daughter, Paula Kay Dials; three brothers, Martin Dials, Woodrow Dials, Tony Dials; one sister, Barbara Rose. Paul is survived by his wife of forty-seven years, Ora Dials; two sons, Richard Thurman Dials and Joseph Thomas Dials, both of Inez; one daughter, Mary Fields of Inez; one brother, Gary Dials of Inez; four sisters, Tilda Moore, Betty McCoy, Bonnie Chaffins, Phyllis Goble, all of Inez; seven granddaughters, one grandson, one grandchild on the way. Twin great grandchildren are also on the way. Paul Richard, while deeply missed by family and friends, will be remembered for his love, laughter, and songs of praise of worship.