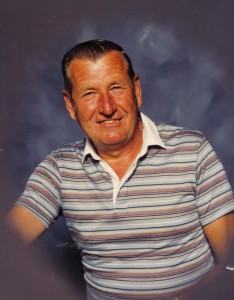 Ance Marcum, age 87 of Kermit, passed away Monday, October 14, 2013 at the Martin County Health Care Facility in Inez. Born February 6, 1926 in Crum, West Virginia, he was the son of the late Sheridan and Effie Fields Marcum. He is survived by his wife, Mona Workman Marcum; one son, Kenneth Prince of Kermit; one daughter, Linda Sue Weinhart of Coal Grove, Ohio; two brothers, Sheridan Marcum of Williamson, West Virginia and Willie Marcum of Columbus, Ohio; and several grandchildren. He is preceded in death by two children, Ance Marcum, Jr and Carol Jean Sartin.

Funeral services will be 11am Thursday, October 17, 2013 at the Marrowbone Freewill Baptist Church with burial to follow in the Newsome Ridge Cemetery at Naugatuck. Bill Davis will officaite.  There will be church services Wednesday evening at 6:00 with Elders David Robinson and Freddie Messer Jr. presiding.  Friends may visit the church after 5pm Tuesday and all day Wednesday. Arrangements are by the Phelps & Son Funeral Home, Inez.