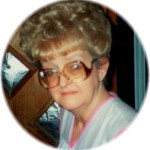 Lucille Zeek 73, of Inez, KY passed away on Thursday, October 27, 2011 Highlands Regional Medical Center in Prestonsburg, KY. She was born on January 22, 1938 in Inez, KY; she was a daughter of Joyce Maynard Luster of Inez, KY and the late Matt Luster. She was a homemaker and of the Freewill Baptist Faith. She was preceded in death by her husband, Dallas Marcum as well as a sister, Lavonne Goble.

Funeral services will be conducted on Sunday, October 30, 2011 at 11:00am at the Richmond-Callaham Funeral Home, Inez Chapel with Joe Mullins officiating. Burial will follow in the Yatesville Memorial Park in Louisa, KY. Visitation will from 4-9pm Saturday at the funeral home. Arrangements are under the care of Richmond-Callaham Funeral Home, Inez, KY. 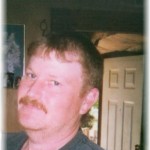 He was born June 3, 1974 in Louisa, KY, the son of late Barbara Blackburn Hall and James Hall. 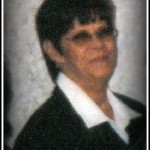 Olivene Bowen, age 67 of Inez, passed away Thursday, October 27, 2011 at her home. Born April 27, 1944 in Martin County, she was the daughter of the late Earl and Ella Horn. In addition to her parents, she is preceded in death by her husband, Donald Ray Bowen; sisters, Eloise Spence, Pauline Maynard, Irene Horn, Dolly Horn and Nadine Horn; and brothers, Harvey Horn, Claude Horn and Roy Horn. She is survived by one son, Jeffery Donald Bowen of Inez; one daughter, Sandra Mae Damron of Canal Winchester, Ohio; one brother, Allen Horn of Louisa; six sisters, Sally Spence, Amanda Johnson,  Ada Hardin and Peachie Maynard all of Inez, Myrtle Kirk of Kirkersville, Ohio and Pricie Kelley of Worthington, Ohio; four grandchildren and seven great grandchildren. 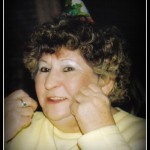 Funeral services will be 1PM Sunday, October 30, 2011 at the Inez Church of Christ with burial to follow in the Golden Shores Memorial Gardens on Coldwater Road. Larry Joe Bayes will officiate. Friends may visit the church after 6PM Friday and all day Saturday. Arrangements are under the direction of the Phelps & Son Funeral Hme, Inez.