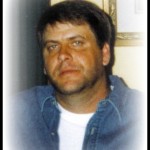 Kevin Eugene Baker, age 43 of Inez, passed away Sunday, October 30, 2011 as a result of an automobile accident. Born September 22, 1967 in Johnson County, he was the son of Robert Eugene and Alice Faye {Jennings} Baker of Offutt; his wife, Melissa Williams Baker; one son, Robert Kevin Baker of Inez; one sister, Debra Baker of Offutt; and several aunts and uncles, Juanita and Dover McDowell, Lucille amd Thomas Butcher, Willie and Deanna Jennings, Jason Jennings and Bill Baker. Kevin is preceded in death by a sister, Sheila Baker Wells. He was employed by Alpha Mining in reclamation.

Funeral services will be 11AM Thursday, November 3, 2011 in the chapel of the Phelps & Son Funeral Home with burial to follow in the Baker Family Cemetery at Offutt. Ronnie Spriggs will officiate. Friends may visit the funeral home from 5-10PM Tuesday and from 9AM to 10 PM on Wednesday. Arrangements are by the Phelps & Son Funeral Home, Paintsville.

Almond McCoy 74, of Pilgrim, KY; passed away on Wednesday, November 2, 2011 at Kings Daughter’s Medical Center in Ashland, KY. Arrangements are incomplete and will be announced later.