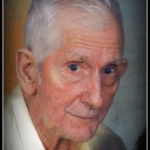 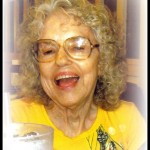 Anna Louise Bowen, age 74 of Inez, passed away Friday, December 16, 2011 at the Martin County Health Care Facility. Born August 22, 1937 in Martin County, she was the daughter of the late John and Elizabeth Fields Fletcher. In addition to her parents, she is preceded in death by her first husband, John Cook; her second husband, Elster Bowen; a brother, Denzil Fletcher; two grand children; and one great grandchild. She is survived by two sons, John Martin Fletcher and Robert Cook both of Debord; one daughter, Sadie Jude of Ulysses; four brothers, Tom Fletcher and Daniel Fletcher both of Debord, John P. Fletcher of Charley, and Millard Fletcher of Inez; three sisters, Rebecca Couch of Tennessee, Geraldine Jennings of Inez and Ernestine Newsome of Debord; twelve grandchildren, and twenty-three great grandchildren. 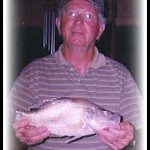 Robert Wallen, age 65 of West Van Lear, passed away Saturday, December 17, 2011 at Highland Regional in Prestonsburg. Born November 23, 1946 in Johnson County, he was the son of Kermit Wallen and Beatrice Preston Wallen. He is survived by one son, Wayne Douglas Wallen of Lexington, KY; one daughter, Dena Powell of Lagrange, KY; one brother, Danny Wallen of River, KY; two grandchildren; and special lady, ShirleyMurphy of Lexington, KY. 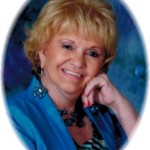 Rosalee Clay 67, of Mill Creek Road, Ft. Gay, WV went home to be with the Lord on Saturday, December 17, 2011 at St. Mary’s Medical Center in Huntington, WV. She was born on February 3, 1944 in Wayne County, WV; she was a daughter of the late Lark and Delcie Hodge Perry. Rosalee was a homemaker and a member of the Ft. Gay Church of God. She was preceded in death by her sister, Hanamae Perry Marcum.

Funeral services will be conducted on Tuesday, December 20, 2011 at 1:00pm at the Welcome Home Church with Daniel Perry and Ray Messer Jr. officiating. Burial will follow in the Lark Perry Cemetery of Jennies Creek, WV. Visitation will be after 11:00am at the Welcome Home Church on Monday, December 19, 2011 until time of services on Tuesday at the church. Arrangements are under the direction of the Richmond-Callaham Funeral Home, Inez, KY. 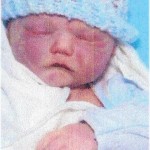 He was preceded in death by his great-grandparents, Grady Mullins, Axeton and June Scott, Jim Jude, Madie Howell, and Pauline Endicott,

Funeral services will be held at 1:00 PM, Tuesday, December 20, 2011, in the Inez Chapel of Richmond-Callaham Funeral Home. John Patrick and Tim McCoy will officiate. Burial will follow in the Stepp Family Cemetery, Coldwater Rd, Inez, KY.